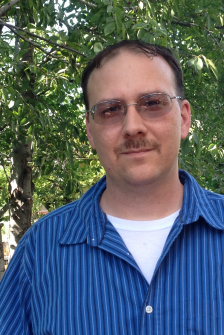 Laravel, PHP, Ruby, Python, NodeJS, DevOps. Views and opinions belong to the voices in my head. I am Inigo Montoya...

This is the first of some posts I’m doing about my recent trip to Rome and Paris. They will mostly be out of order. This particular story is a fun one I like to tell people. I usually either start or end it by telling them they should avoid the night train and just fly if they are ever going from Rome to Paris (unless you have a group of people in multiples of 6)

So after we were done in Rome we took a high speed train to Milan. The high speed train was a bit rough. It would speed up and slow down frequently (as well as go underground for periods at a time). When the train was underground (or in a tunnel?), there was a bit of a pressure change in the cabin. We had to eat dinner while on this train but the pressure and speed changes made you a little queasy. However, the view when we were above ground more than made up for it.

The night train from Milan to Paris

Each compartment on the train sleeps 6 people. Our group had minors in it so we had to be creative in how we stacked people. However, we had an uneven number (not evenly divisible by 6). So myself, my daughter, and one other adult were in a compartment without anyone else from our group. When we left Milan our guide told us that as of right then there wasn’t anyone else with us. However, there are 5 stops between Milan and Paris so it was possible (though not likely) that someone could get on and have paid for one of the other beds in our room.

I slept really lite that night.

I had a teenage daughter with me and I saw the move “Taken” (based on reality or not, it scared the crap out of me as a parent. Especially because while I may have acquired a very particular set of skills over a long career, they weren’t the kind of skills that would make me a nightmare for people like that). Did I mention how little I slept that night?

We left Milan around 11 pm. Our first stop was probably around midnight. No one tried to come to our room. Sigh of relief. The next stop was around 1 am. A woman came to the door demanding our passports. She states the French police would be inspecting them during the night and they would be returned to us in the morning. When I asked to see her identification she said she didn’t have any but showed me that she had a bag full of passports claiming that she had everyone else’s. We gave her our passports. This didn’t help me sleep much better.

Around 2 am the French police boarded the train with dogs and inspected every room. Fun times. Who needs sleep amiright? By this point I was exhausted (I mean it’s night like we weren’t just doing a marathon of sight seeing in Rome the last few days or anything). So I slept.

Around 5 am they returned our passports to us. Sigh of relief. Also, that was the last stop before Paris and no one had joined our room. Extra sigh of relief.

We reached Paris around 10 am and went straight to touring the city. That night I slept like a rock.

You May Also Enjoy

Yeah, I know, watch my language. But this week has been… shitty. Or at least it ended that way. This past Thursday, my aunt got the worst news a person can ...

Don’t push through the pain

A little over 4 years ago I was diagnosed with Carpal Tunnel Syndrome (RSI). Like many in my profession, this can feel like a death sentence. I mean, how are...